Sanctions aren’t for everyone: which crypto-exchanges continue to work with Russians

Messari: USD Coin is losing ground in the stablecoin market

Bitcoin is officially in the Guinness Book of World Records

Crisis of confidence: has bitcoin’s rivals hit a rough patch?

Sanctions aren’t for everyone: which crypto-exchanges continue to work with Russians 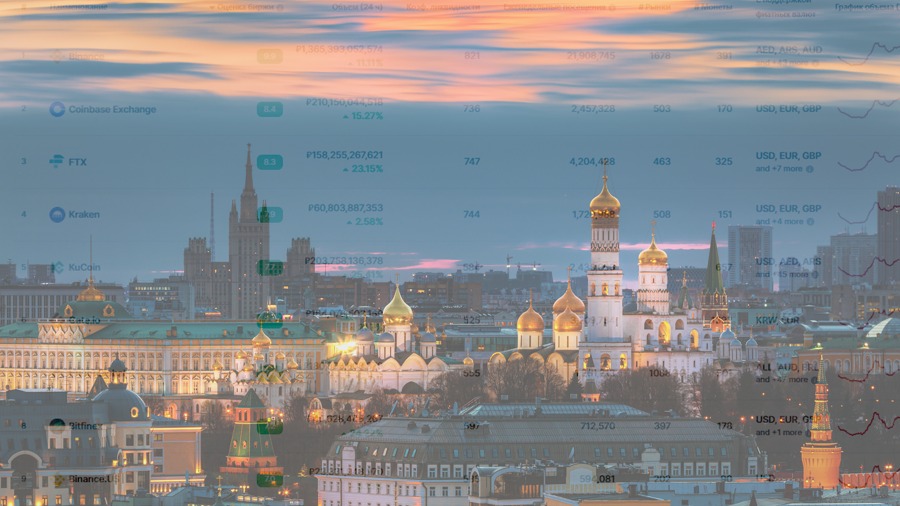 Cryptocurrency trading platforms are restricting Russian customers one by one. However, not all are doing so. We publish the full list.

The US Treasury Department and the European Central Bank announced in early April that sanctions against the Russian economy would be useless unless access to cryptocurrency platforms is shut off from the global market.

Messari: USD Coin is losing ground in the stablecoin market

The US cryptocurrency exchange Coinbase said it would comply with White House demands and blocked 25,000 addresses of customers from Russia. In mid-April, the London-based EXMO exchange said it had sold the Russian portion of its business. On April 21, the world’s largest exchange, Binance, left Russian users with an upper limit of €10,000 in assets and the ability to withdraw assets,

although in late February, representatives of cryptocurrency exchanges, despite calls to block Russian accounts, said they would not block everyone in a row. Binance CEO Changpeng Zhao stated literally:

“The sanctions only affect the top of the Russian government, the military and law enforcement agencies. We believe that companies cannot just take and freeze users’ assets. We have to follow the sanctions lists, not come up with our own sanctions”.

It may seem that by the end of spring all major platforms had started to follow the instructions of European or US officials, but in fact this is not the case.

We at Bits.media have compiled a list of platforms that have outlined their position on dealing with Russians. The sample takes into account the trading volume over the last 24 hours and the platform’s rating:

– in early March, the Cayman Islands-listed company banned Russians from using Visa and Mastercard for depositing and withdrawing funds on its own initiative. There is now a restriction on trading for users with more than €10,000 in assets, only allowing withdrawals to other addresses.

In late February, the US-based cryptocurrency exchange warned that users from Russia who fall under sanctions will be blocked immediately. The exchange is currently working with Russians, but the company is actively cooperating with US regulators and continues to discuss the introduction of blockchains.

– The largest US cryptocurrency exchange has blocked some 25,000 accounts from Russia associated with sanctioned entities or individuals. The exchange said it plans to continue to adhere to its restriction policy.

– Hong Kong cryptocurrency exchange CEO Johnny Liu said that the platform sticks to neutrality and operates within the legal framework of the Seychelles. Without a local law requirement, the platform is not going to block users from any other country.

– Paolo Ardoino, chief technology officer of the subsidiary of the world’s largest stabelcoin provider Tether, said that the company will not unilaterally block users from Russia.

The New York-based company does not give a clear answer on working with Russians, but stresses that it is in the US and UK jurisdictions and will have to comply with the laws of those countries. The exchange does not officially operate in Ukraine and Russia.

– The Luxembourg-based cryptocurrency exchange stated in comments to Verdict that it cooperates with all regulators and complies with all sanctions, but the company has not seen any increased activity from Russia. At the moment, registration on the exchange is available to Russians.

– A Seychelles-registered crypto-exchange, at the start of the Russia-Ukraine conflict, along with Binance, opposed sweeping blocking of Russian users, although the company has not commented on its attitude to the sanctions in the last month. Now Russians are free to register and trade on the exchange.

– The Chinese exchange continues to serve Russian customers and has not announced any policy changes.

despite selling part of its Russian business, the company opposes blocking all Russian residents. The exchange’s co-founder, Ivan Petukhovsky, stated that this goes against the basic principles of the crypto industry. However, the exchange intends to comply with the restrictions if legislation requires it.

– The Chinese cryptocurrency exchange last commented on the situation in late March. The company said that it does not plan to block users from any regions, unless there are grounds and a decision to do so by the authorities.

The Singapore-based cryptocurrency exchange has announced that it will not follow the lead of other platforms and will not revise its policy towards Russia. On the contrary, the platform intends to expand its list of services for Russians.